Greetings you from Jaipur. As I walk through the streets I see scenes like unlike any in the western world. Here it´s “the most normal thing in the world” to see all of the sudden sacred cows, camels, or a huge elephant walking among cars, motorcycles and people. Speaking of elephants, I remember the story of the god Ganesh, he is my favourite of the many Hindu gods. Ganesh symbolizes wisdom and good luck! The legend tells that the god Shiva leaves his pregnant wife Parvati (that´s why his son never got to know his father). One day her son is guarding Parvati´s chamber while she is bathing. Shiva comes back and wants Ganesh to take him to his mother´s chambers but Ganesh doesn´t recognize his father and denies him access. Shiva gets so angry that he cut´s his sons head off. It doesn´t take long until he realizes that he just cut off his own sons head. He promises that he would replace his head with the first living thing he would come across. And that living thing was an elephant. That´s the explanation for Ganesh´s appearance!

However, I really like Ganesh with his big belly!

I actually don´t have time to get such a belly. I never stop, our Hindu children need a lot of attention. Sometimes it´s because one doesn´t understand math, one of them has a fever, one want´s to know more about Mahatma Ghandi, one needs to see the dentist or… simply one is still small and needs his/her mommy (I really enjoy this one!)

Attending to almost 60 angels is a labor of love!

Even though I would like to sit here and write more, I simply can´t. I don´t have the time and you know why;) 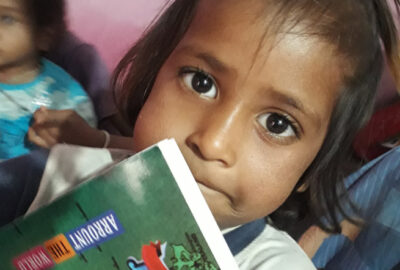 Namaste to all, How are you? I hope you are all very well! Currently I am working in Valencia while the kids are in India studying non-stop. Here is the latest news. When I am in India, I usually teach… 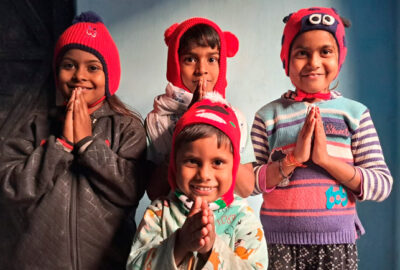 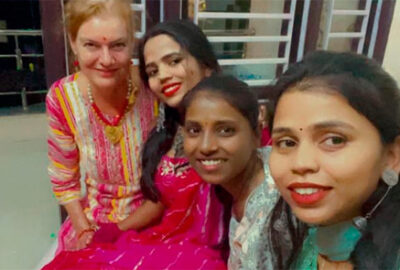 Namaste to all, How are you doing now that autumn has arrived? Here in India we are still a bit hot, although the mornings and evenings are getting a bit cooler which is appreciated. We are all well, this month… 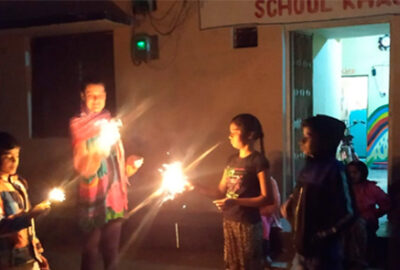 Namaste to all, HAPPY DIWALI, we recently celebrated the festival of lights, a beautiful celebration highlighting new times where the good beats the evil. The children love it, since they can play with fireworks and eat lots of sweets. Only… 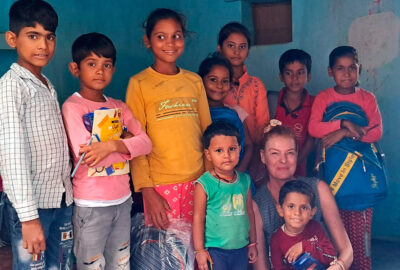 Namaste to all! How are you doing? Hopefully you are great! We are very good, healthy and happy.  The children have their hands full with their studies with very few breaks. They study for hours at a time, and in…